In the summer of 2019, we installed our first Porcus Biological air scrubber in the Republic of Korea, on the Jinyoung farm. Jinyoung Farm has since its establishment in 1997 developed until currently 700 productive sows and is in continuous expansion. The farm is using Hydromix liquid feeding from Big Dutchman; it was natural to involve Big Dutchman also in the ongoing renovation and expansion plan of its climate system, and odour management.

The project was commissioned by Taewon Trade Co, Ltd., an agent in the region for our parent company Big Dutchman. Last year Jinyoung Farm decided to install a biological air scrubber to reduce odour from the farms finisher building, to make the local environment more pleasant for the neighbours. The choice of a biological air scrubber was to achieve a higher percentage of smell reduction. The modular design made it easier to install for our local engineers and ongoing maintenance more simple for the farmer workers.

So far, the farmer is very pleased with the performance of the system, with no complaints from the neighbours. Because of this, other farmers and government agencies are also interested in this level of air scrubbing. As a result, in the short term, we expect to install more similar systems in the market. With regards to next developments, the farm intends to switch to Big Dutchman ventilation. After this, the farmer will extend air scrubbing to the nursery, mating, gestation and farrowing houses, which is another testament as to how the system has been performing well. 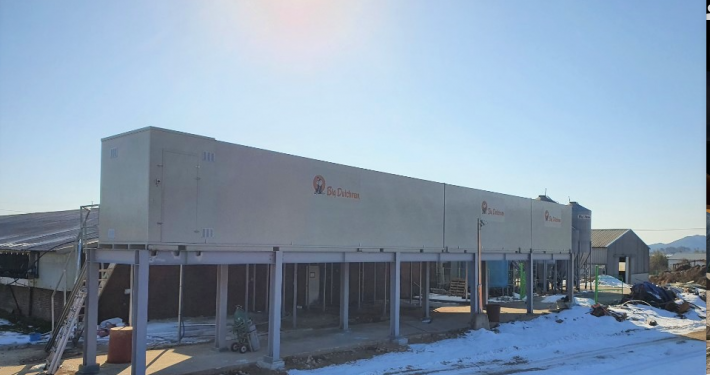 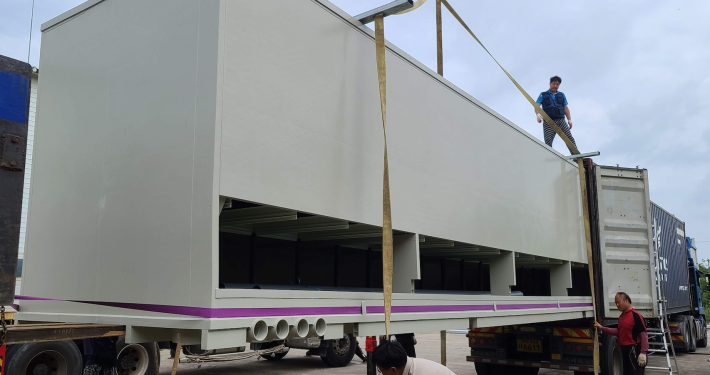 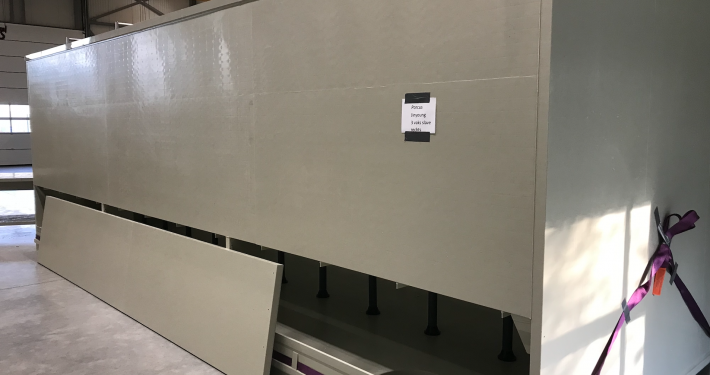 About the Porcus air scrubber

The Porcus Air Scrubber is a complete, prefabricated module designed to clean the air from pig houses. These Air Scrubbers remove ammonia, odour and fine dust. The module is fitted with a room, in which all the technical parts are mounted. This makes on-site installation as quick and easy as possible. The Air Scrubber is connected to the pig house via a pressure chamber. The air enters the front of the scrubber, moves up through the horizontal washing bed, and is intensively rinsed from above, using a sprinkler system. The process water is recirculated until it reaches a certain pollution level. Part of the water is then pumped to the wastewater tank and clean water is added back into the process. All the measurements, valves and controls are fully automated for ease of operation and to achieve optimal performance.

This system is built to a proven design and standard which is important if farmers want to minimise the risk of problems with neighbours or the authorities in the future.

For more information about the Big Dutchman Porcus air scrubbing system, please refer to our website: https://www.bigdutchman.com/en/pig-production/products/detail/porcus/ or fill in the contact form below.