The founders of madebymade have a vision to produce sustainable animal protein for the feed industry. In March 2018, they started to convert a former pelleting factory into a modern insect breeding plant. This first industrial insect breeding plant was completed in early 2021. Since then, they produce a steadily growing number of insects on an area of more than 2500 m². Regional organic residues serve as feed for the larvae, which they convert into natural fertilizer, proteins and fats. Each of the end products is a sustainable alternative to conventional products. The main feature of the plant is its modular construction based on shipping containers.

The goal of madebymade is to build many more insect breeding plants worldwide globally. In this way, they multiply their global impact. The ambitions of the company shall be realized together with motivated and satisfied partners, customers, employees and suppliers.

The development of alternative protein sources for human and animal nutrition is necessary to meet the continuously growing global demand for protein. Insects offer an excellent alternative to conventional protein sources such as fishmeal and soy and can be produced in a climate-friendly, space- and resource-efficient way.

The vision of madebymade coincides with that of Inno+. Inno+’s mission is to provide optimal climate conditions worldwide with innovative air purification and energy recovery solutions. This enables livestock to perform optimally all year round. Inno+ has over 20 years of experience in this field. Our aim is to support our customers in the innovative field of industrial insect farming in building sustainable farms that minimize production costs and environmental impact. 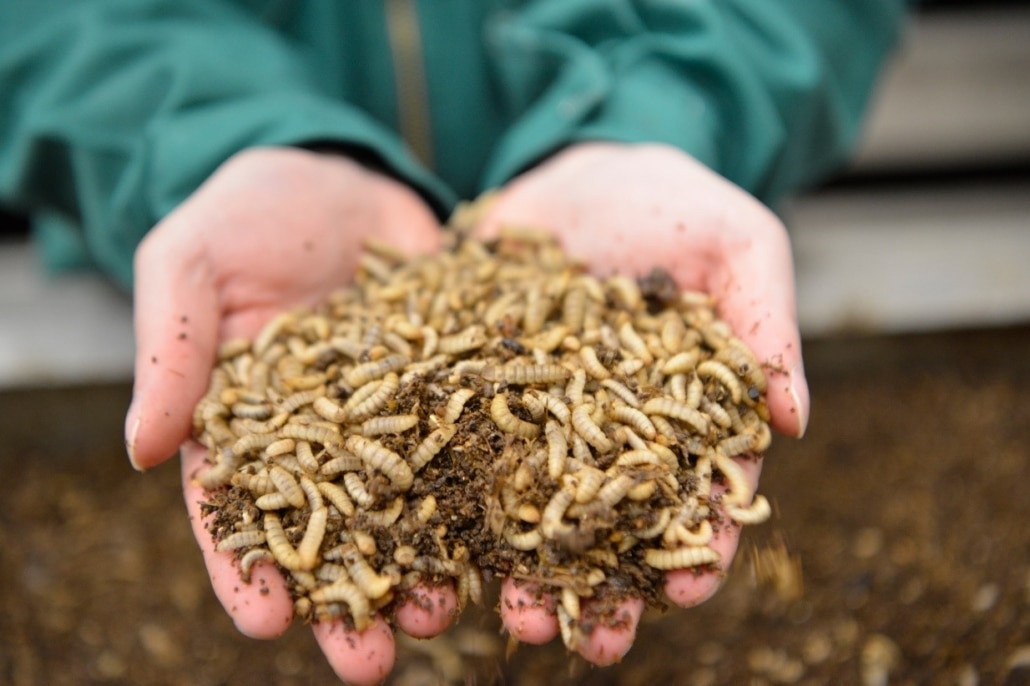 Over the last few months we have deliver a plastic housing with a heat exchanger to madebymade. After working out the specifications together, Inno+ supplied a number of trial models. This resulted in a standard design that fits perfectly with the modular structure of the madebymade shipping containers. The climate cork, as it is called at madebymade, is ideal for climate control of the shipping containers or insect larvae.

With this collaboration, both madebymade and Inno+ aim to make a positive contribution to the demand for animal proteins. This is expected to dramatically increase by 2050 compared to 2007, due to population growth combined with higher meat consumption. Already today at least 70% of agricultural land is used for animal feed production, which will inevitably lead to feed shortages due to the increasing demand for protein. Insects as an alternative source of protein can fill this gap. Feed tests have shown that proteins from insects can replace conventional protein sources such as soy meal and fishmeal. Increasing demand for fishmeal and soy has contributed to overfishing and loss of biodiversity.

With the breeding and reproduction of the black soldier fly, madebymade is making an important contribution to a sustainable and resource-saving circular economy to which Inno+ would also like to contribute. As such, both companies envisage a profitable partnership in the foreseeable future.

Are you curious about the possibilities of our turnkey insect solution? Fill in the form below or visit Better Insect Solutions.