Film director for a day! 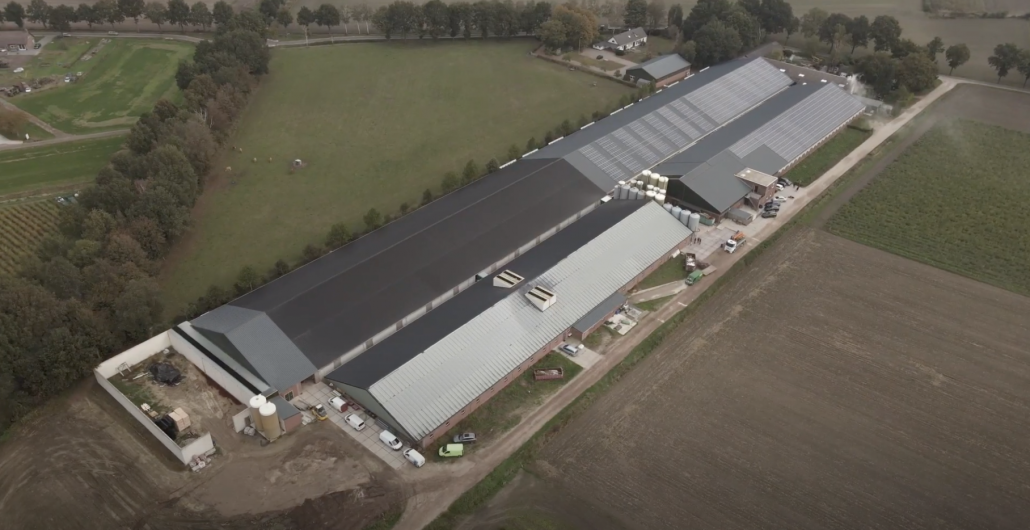 Over the last year, Inno+ realised some groundbreaking projects with our 4G climate concept. One of these projects was the Van Asten project, where we implemented our new livestock cooling concept. After its realization, we had to share the potential of this system with the sector. We decided that the best way to share the potential of this system was to let the farmer Merijn Verweegen tell his story in a short movie. This was also an opportunity for me to take the roll as a film director as part of my commercial development at Inno+. My colleague Simon Lague thought this was a great idea and was ready to give advice if needed.

We started our day by visiting the Van Asten farm and explained our idea. We had to convince the manager and his boss that we should work together as a team. They really liked the idea and the green light was given. The first task was to create a storyboard that would be based on Merijns’s experience with our system. We made a list of questions that would be the basis for the interview and we agreed to the style of the video we wanted to make. We discussed our ideas with him and gave him the opportunity to provide his input. In the end, we came to an agreement of what the storyline would be.

We shared the storyboard with the film crew. This is a critical part of the process, because without proper guidance on the filming day, filming can get out of hand and we would end with a disappointing result. This also gave the film crew insight into our ideas and vision of how the film should look like afterwards. It also provided them with the opportunity to bring in their creative ideas. In the end we agreed on the filming date.

Once we started the team split up, I conducted the interview with Merijn, whilst Simon and the drone operator took aerial shots of the farm. My team filmed almost every compartment of the farm at the same time as I was having a lesson in pig farming from the manager, which was very interesting and fun. Filming took approximately 8 hours, which was a testament to the crew’s planning and professionalism.
Personally, I enjoyed the feedback and support from the Halo team, which taught me a lot on the filming day. These guys are professionals with a lot of experience. They took the time to give me some good insights into the business of filmmaking.

I hope you agree some tremendous footage came out of this, as you can see in the result below.

I look forward to repeating the experience again in the near future.